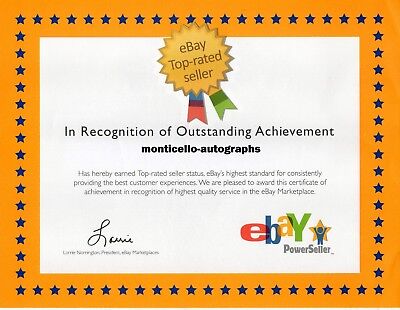 Seller: monticello-coins-and-autographs (4,618) 100%, Location: Esmont, Virginia, Ships to: US, Europe, CA, CN, JP, Item: 283794273158 Offered: Cn. Cornelius Lentulus. Denarius Spain (?) 76-75, AR 19.5mm., 3.90g. - NGC VF 5/5 4/5 - Draped bust of the Genius Populi Romani r., hair tied with band and sceptre over shoulder; above, G·P·R. Rev. Sceptre with wreath, globe and rudder; at sides, EX – S·C. Below, CN.LEN.Q. Babelon Cornelia 54. Sydenham 752. RBW 1432. Crawford 393/1a.Attractive old cabinet tone,From the M.J. Collection. Nice, Detail Portrait Centered on a round flan.Excellent Roman Republic DenariusExcellent details on both obverse & reverse Nice Eye AppealPROVENANCE: From the M.J. Collection, NAVILLE NUMISMATICS, NGC ANCIENTS( BIO of ROMAN REPUBLIC BELOW ) OPTIONAL PAYMENT PLAN - EXCLUSIVE PREMIUM ITEM - LAY-A-WAY PLAN OFFER LAY-A-WAY: 15% down .. Balance anytime within 6 months. NOTE .. If you decide to cancel the Lay-A-Way .. ALL your monies will be refunded ? EXCEPT the 15% .. that amount would have already been PAID to EBay. HOW MY LAY-A-WAY PLAN WORKS .. You purchase the item. I mark the item PAID IN FULL on eBay .. this way eBay gets their 15% Fee ? NOW. I then send you an invoice for the 15% .. You ONLY pay the 15% invoice I send. Then, you let me know via PayPal when to send a request for additional funds FOR ANY AMOUNT YOU CHOOSE. I then send you a request via PayPal for the amount you tell me. I hold the item until paid in full. Pretty Simple. ******************************* FREE SHIPPING - 1st CLASS and FULLY INSURED for Domestically Shipped ITEMS - WE ALSO SHIP INTERNATIONALLY FULLY INSURED TO: CANADA; EUROPE; UNITED KINGDOM; GERMANY; FRANCE, (INTERNATIONAL SHIPPING COSTS ARE NOT FREE, BUT WILL BE THE ACTUAL COSTS OF USPS) .... other countries upon request **** ******************************* > So, WHY Do I ONLY Sell NGC Certified/Graded Coins? < Simply because - YOU DO NOT KNOW ME ~ ALL Coins are NGC 3rd party Authenticated; Graded; Certified; Dated; and, Encapsulated. Bottom-line: After I scour the National and International Sellers and Auction Houses for the finest coins available / I spend the time and money sending EVERY COIN to NGC ... That is the way it ought be done for YOUR protection! YOU NEED TO BE PROTECTED! WHY? Because, as you may well know - eBay is simply littered with an Extremely High Percentage (Estimates as High as 50+%) of FAKE; COPIED; and, COUNTERFEIT ANCIENT COINS. BUY FROM ME & DO NOT GET BURNED by FAKES! All Coins for Sale are guaranteed 100% genuine; no fake Chinese imports here! The images we provide in our listings are of the actual item you will receive; no "bait and switch". We are sure you will be pleased, as in most cases, the item is actuality nicer than the photos. In fact, for example, our photos of coins often do not portray them in their true beauty, as mint luster and colorful toning are not captured well. As always, your satisfaction is guaranteed, backed by our "no hassle" 14 day return privilege. **********************************************************************************Roman Republic Period Roman Republic, (509–27 BCE), the ancient state centred on the city of Rome that began in 509 BCE, when the Romans replaced their monarchy with elected magistrates, and lasted until 27 BCE, when the Roman Empire was established. A brief treatment of the Roman Republic follows. For full treatment, see ancient Rome. The Early Historical Record The early Roman Republic (509–264 BCE) and the preceding regal period (753–509 BCE) are the most poorly documented periods of Roman history. Historical writing in Rome did not begin until the late 3rd century BCE, when Rome had already completed its conquest of Italy, established itself as a major power of the ancient world, and become involved in a gigantic struggle with Carthage for control of the western Mediterranean. The earliest Roman histories were brief résumés of facts and stories, but gradually historians embellished the sparse factual material (such as the list of annual magistrates from the beginning of the republic onward, religious records, and the texts of some laws and treaties) with both native and Greek folklore. Consequently, over time, historical facts about early Rome suffered from patriotic reinterpretation involving exaggerations of the truth, the suppression of embarrassing facts, and invention. Ancient Roman historians initially differed over the precise date of Rome’s foundation. By the end of the republic, however, it was generally accepted that Rome had been founded in 753 BCE and that the republic had begun in 509 BCE, following the overthrow of Lucius Tarquinius Superbus, the last of Rome’s seven kings. According to tradition, the first six kings had been benevolent rulers, but the last was a cruel tyrant who was overthrown by a popular uprising. The prevalent modern view is that the monarchy at Rome was incidentally terminated through military defeat and foreign intervention. This theory sees Rome as a site highly prized by the Etruscans (the people of the central Italian region of Etruria) in the 6th century BCE. Porsenna, the Etruscan king of Clusium, defeated the Romans and expelled Tarquinius Superbus. Yet before Porsenna could establish himself as monarch, he was forced to withdraw, leaving Rome without a king. Rather than restoring their king, the Romans replaced the kingship with two annually elected magistrates called consuls.NOTE: All coins are shipped - FREE - USPS 1st Class INSURED. NOTE - re: SALES TAX - Virginia Only - Buyers that mailing address IN VIRGINIA will be required to pay Virginia Sales Tax. My State Permit number is: 10-565507255F-001 Condition: re: WHY...Only NGC Graded Coins? I sell ONLY NGC 3rd party Graded; Validated; Authenticated Encapsulated coins. .... WHY ONLY NGC? Simply because YOU DO NOT KNOW ME - . Also, because - as you may well know - eBay is littered with a very high percentage of FAKE; COPIED; and, COUNTERFEIT ANCIENT COINS., Country/Region of Manufacture: Spain, Certification Number: 5768630-008, Certification: NGC, Date: 76-75 BC, Grade: VF 5/5 4/5, Composition: Silver, Provenance: M.J. Collection, NAVILLE NUMISMATICS, NGC ANCIENTS, Denomination: Denarius