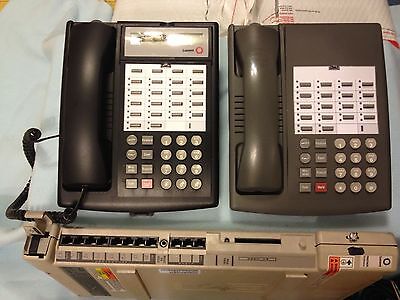 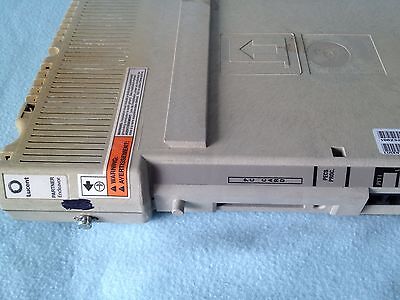 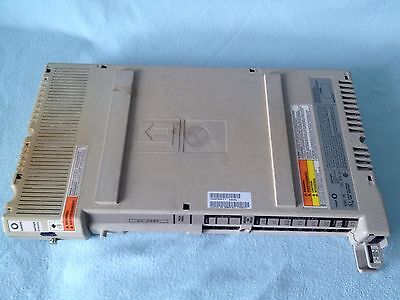 Seller: telsurplus_com (2,010) 98.6%, Location: Salt Lake City, Utah, Ships to: US & many other countries, Item: 151067394375 Avaya Partner Phone System & (8) Phones: ***please note...all phones are black...not gray. Great for a small office and can grow up to 12 Lines & 32 Phones with expansion cards. (We also have these available if needed). Bid with confidence! System has been tested by a technician and defaulted to Factory Settings. (1) Avaya Parter ACS R6 Processor. - Endeavor Upgrade to R6. Note: Processor has everything an ACS Processor does except only has (1) PMCIA Port instead of (2) and no Paging Port. All other features are the same. 3-Lines Caller ID 8-Extensions (1) Avaya Partner 18D, Euro Series 1, Black Display Phone (7) Avaya Partner 18, Euro Series 1, Black Non-Display Phones (1) Power Cord (1) Avaya Partner CD manual - Includes User guides, Install manuals, Brochures, Tech help, Cheat Sheets (quick reference), Training sheets and MORE! DO YOU NEED A DIFFERENT SIZE OF PHONE SYSTEM & OR PHONES?? WE HAVE A BUILD YOUR OWN OPTION! Check out our other listings or call us at 503-239-9484 or 888-995-3357 Toll Free. Programming and Support: We offer phone support at $65 per 30 minutes and $25 each additional 15 minutes. There is a 30 minute minimum. We can also have a local technician come out in any of the following areas within a 2 hour drive radius is billed at $85 per hour (4-hour minimum) and $35-$75 trip charge (Depending upon distance): Portland, Oregon 503-239-9484 Vancouver, WA 360-695-7644 Seattle, WA 206-504-1833 Salt Lake City, UT 801-359-2267 OPTIONAL: OTHER areas (Not included above) for installations are $600 minimum in any other area for the first 6 hours + $65 Travel Fee. Must be located within 2 hours of an International airport. Additional hours are billed at $85/Hr. If wiring is needed in a standard office environment with drywall and drop ceilings and within 120’ of the processor they are $85.00 each – individual wire runs are needed from the phone system processor to each individual phone for a phone system. For New System Installs - Install estimates are based off of 30 minutes per phone and if a system voice mail solution is involved 45 minutes per extension not to exceed 3 hours over that estimate. Trouble shooting is not included in the estimate and if applicable is billed separately. You will be billed for actual time and material. A $65.00 Trip Fee may apply after periods of 8 hours and up to the discretion of Telephone Surplus whether or not to apply any additional visit trip fees. Please allow time to schedule installations and remote support with Telephone Surplus dispatch. We try to respond as quickly as possible but response is subject to current demand and availability. We also have Avaya, Lucent, and AT&T PARTNER parts (Phones, Cards, system equipment, components). Check our other listings or call with questions. 888-995-3357 **Press option “5” for Justin Telephone Surplus sells telephones and equipment that generally works only with an appropriate Business Phone System, and not on a standalone basis. If the above item is a phone system or digital phoen equipment it is not be suitable for use in environments such as a home office without a central control unit. In most cases it also require professional installation. If you have any compatibility questions or concerns please do not hesitate to contact our sales team at 866-313-9915. We also sell additional items similar to the item listed. Please call for availability or questions. About Telephone Surplus International Telephone Surplus International has been in business since 1983. Our goal is to assist you and your company to fulfill your telephone system needs. We sell new, and like new telephone systems at competitive market prices. We also purchase used telephones and telephone systems against fair market value. Since our inception, it has been the goal of TSI to establish the most positive relationship as possible with our customer. We continuously strive to reach this goal by listening to our customer's needs and requests for products and services. At TSI we ensure the highest quality control on any brand that we carry. TSI will meet or exceed all of the leading, reputable companies for product appearance and functionality. Keeping all these goals and commitments in mind, at TSI it is our utmost desire to keep our prices as low as possible, and at the same time, still be true to ourselves, and our valued customers. We have become the leader in our market by paying more for better equipment and selling these better systems, phones, and parts for less. In short, we were here yesterday, we are here today and we could not be more positive about tomorrow. If you or someone you know is thinking about buying or selling a telephone system, remember at TSI, Buy (or Sell) with Confidence! If there are any QUESTIONS about our listing or items we sell please call us at 888-995-3357 (TOLL FREE) Press Option “5” for Justin. HAPPY BIDDING!!! We also Buy & Sell used phone equipment. Please check our our store, even if you don't see an item we may have it...we work with quite a few brands of phone equipment. Let us know what you need and we will list it on ebay. Nortel, Avaya, NEC, Toshiba, Panasonic, Shoretel, Mitel, Vodavi, Nitsuko, Iwatsu, Fujitsu, ESI, Shortel, Cisco, Altigen, 3com, Partner, Magix, Merlin, Norstar, Meridian, Spirit, Lucent, IPK, Strata, Elite, CTX, CIX, Adix, KXTD, Infinite, 7940, MLS, Euro, 18D, IX-12KTD-3, DKT 3020-SD, DKT 3010-SD, T7316e, T7316, T7208, T708, Partner ACS and major brands. Normal 0 false false false EN-US X-NONE X-NONE Condition: Used, Condition: The phones and phone system are refurbished. The phone system processor is reset to Factory Default Settings., Type: Conventional System, Brand: Avaya, Model: Partner, MPN: ACS, Features: caller ID, Sub-Brand: Partner